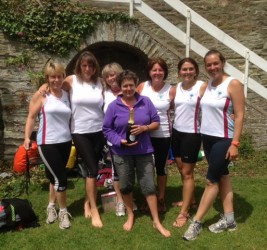 Tamar & Tavy Gig Club had another successful weekend of racing, entering a Ladies A, Mens A and Mens Super-vets team at the Salcombe Regatta on Sunday 23rd June. The Ladies A team, formed of Lynn Renton, Charity Philips, Heidi Brodribb, Katie Turner, Julie Rendle and Julie Eastaugh and coxed by Jo Cameron battled tough winds, a strong tide and large swells in their group race. They had a fantastic start, immediately pulling away from the pack, and some brilliant coxing from Jo Cameron brought them around the course holding their position and coming home in first place. An amazing result, and brilliant rowing from all! 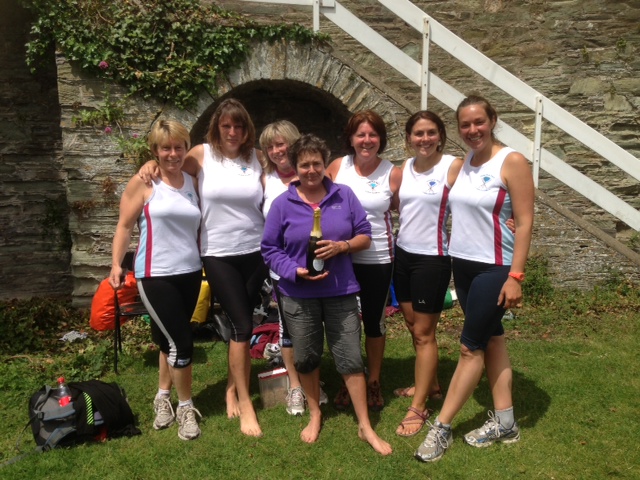 The Men’s A team, formed of David Auborn, Ian King, Simon Howes, Peter Clarke, Matt Pinney and Euan Roxborough rowed strongly, and also had a great race, with some fantastic coxing from Mike Vosper in challenging conditions. The Men’s Supervets then raced on, with some of the A team digging deep and rowing again in this race. The team consisted of David Auborn, Rob Mackintosh-Smith, Peter Clarke, Simon Howes, Alastair Monteath and Mike Vosper. The team had to battle wind and tide, but some hard rowing and determination and some great coxing from Tricia Stewart bought them to the strong finish.

Thanks go to all involved for another brilliant day of rowing and some great Tamar & Tavy team spirit. 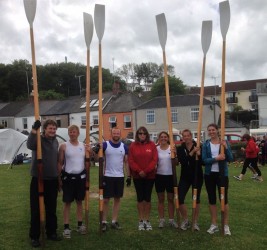 Tamar and Tavy Gig Club enjoyed a successful weekend on the 15th & 16th June 2013 at the Mixed and Veterans Championships hosted by Caradon Gig Club in Saltash. We entered a Mixed, a Mixed Super Vets and a Juniors (under 16) team on Saturday and a Ladies Super Vets team on Sunday. Despite the weather conspiring against us, with strong winds making conditions particularly challenging, spirits were high and the crews were determined to succeed, as always.

The Mixed team formed of Heidi Brodribb, Tim Brodribb, Mark Turner, Dan High, Sarah Gall and Charity Philips had a strong first heat, coming third out of four and qualifying for a place in quarter finals thanks to some strong rowing and great coxing by Katie Turner. They then battled it out in a tough quarter final heat against some of the top clubs and unfortunately narrowly missed out on a place in the semi finals, but finished within the top half of the crews, and with the satisfaction of knowing it was a job well done. 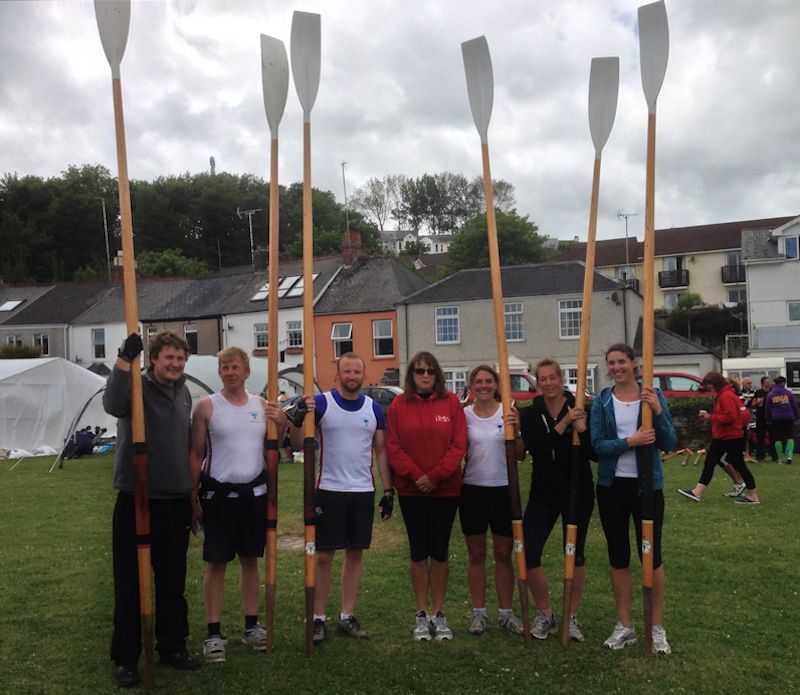 The Mixed Super Vet crew, coxed by Becky Masters and formed of Penny Twine, Christine Roberts, Karen Auborn, David Auborn, Ian King and Simon Howes had a tough first heat but rowed superbly and qualified for the Plate final. Here they rowed a strong race, and with some great coxing from Becky came home in fourth, another brilliant result! Bill Stacey-Norris coxed a very strong and determined Juniors team, who got through their first heat into the finals where some brilliant rowing earned them 5th place.

Sunday brought even tougher conditions, with crews having to battle both wind and rain. T & T Ladies Super Vets weren’t put off though, entering a strong crew; Carolyn Dawe, Julie Rendle, Lynn Renton, Mel Cotton, Julie Eastaugh and Helen Samson-Hill who had a fantastic first heat, with some excellent coxing from Rob Dawe resulting in them coming 2nd and earning them a place in the final. Here they fought hard, overtaking one boat and coming close to taking a second, finishing the race in 4th place. A fantastic weekend was had by all!