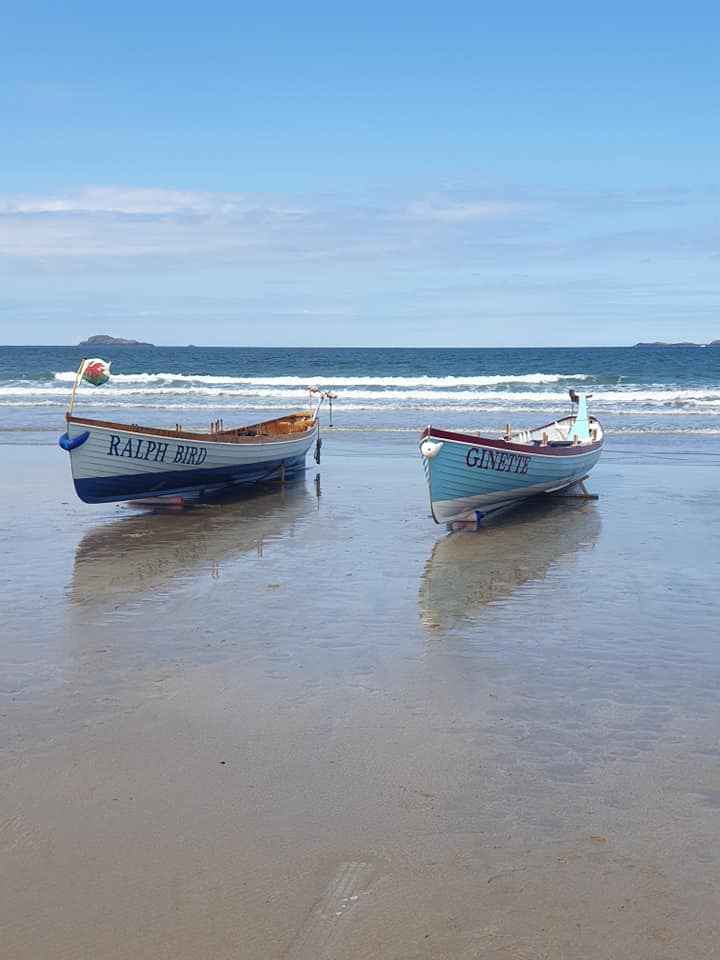 On Friday 14th June, a group of hardy rowers from Tamar and Tavy gig club made the long trek to the far corner of west Wales in atrocious weather to take part in a special rowing event on the Pembrokeshire coast. “Ralph’s Day”, hosted by local Welsh gig club, Porthgain, was in memory of renowned gig builder Ralph Bird, one of the founders of modern gig rowing.

Luckily, by Saturday morning the wind had dropped and the sun shone, giving ideal conditions to go ahead with the event. Some 60 rowers from several gig clubs gathered on Whitesands beach near St David’s to launch 9 boats into the surf, with the aim of circumnavigating the beautiful Ramsey Island. The route is some 7.5 miles through sometimes challenging conditions with strong tidal currents, and took around 3.5 hours, including short breaks to take in the scenery and the wildlife. Ramsey Island is an RSPB reserve, a Site of Special Scientific Interest and a Special Protection Area for the Chough, and the row was accompanied by the constant sound of seabirds on the 120m high cliffs. We were not lucky enough to see dolphins or porpoises this time but the row was punctuated by the frequent appearance of curious Atlantic Grey seals. Rowing back across the channel in the rain, the crew were able to catch a good wave and surf into the beach for an exciting climax to the row.

Club Chairman, David Egerton, said “Tamar and Tavy Gig Club were proud to be part of this beautiful row in memory of Ralph Bird, and we were really pleased to do so in our first gig “Ginette”. This was the first gig ever built by local boat builder Brian Nobbs, helped by advice from Ralph Bird himself.” 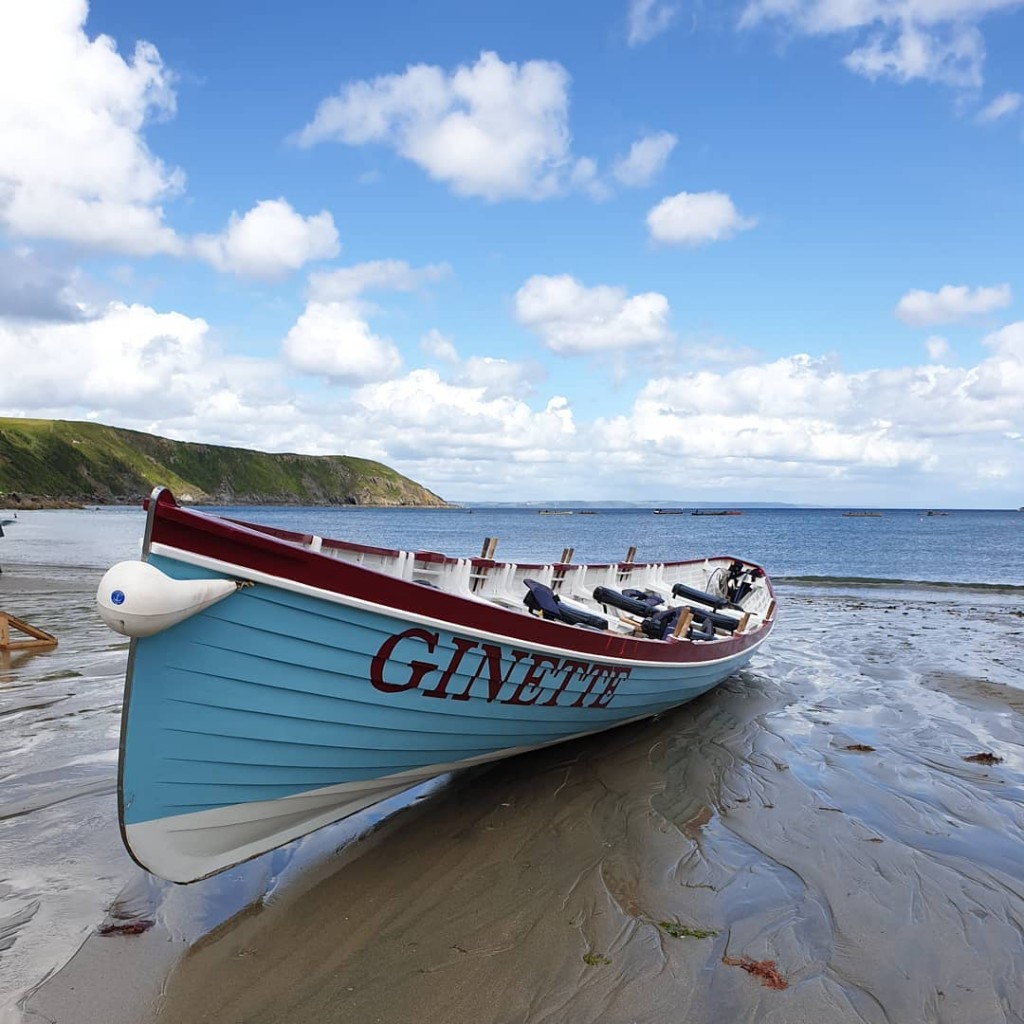 June is turning into a really great month for racing with us attending Salcombe and Goran regattas already and crews in place for Ralph’s Day (Ramsey Island race in honour or Ralph Bird) and Caradon Mixed before the end of the month. We’ve had a mixed bag of rowers for some of the crews but everyone has done brilliantly to adapt and coped well with some messy water particularly at Goran.

We’re particularly happy with our Ladies B crews who are currently 6th in the Tribute Rankings thanks to 3rd place results in the last two races. Lovely days out so far and looking forward to the next.