Here are a few shots from this years IOS. Thanks to those who have sent some for us to include here, if anyone else has any they would like to share then please let Sarah know. 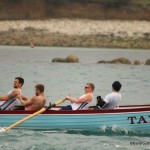 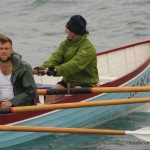 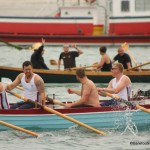 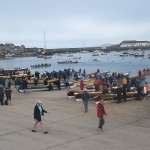 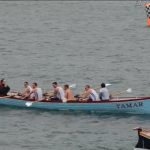 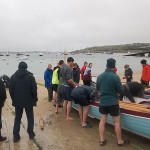 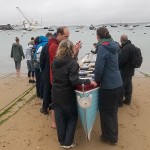 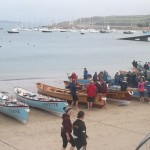 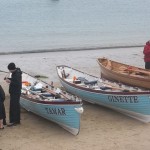 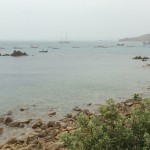 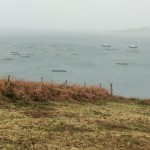 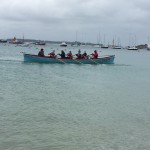 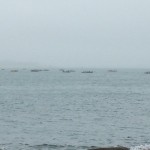 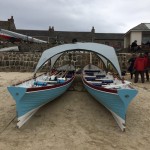 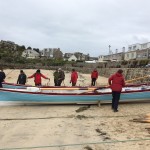 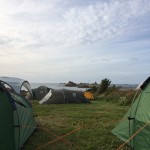 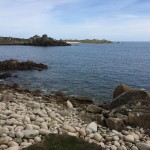 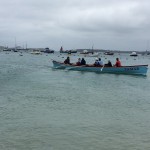 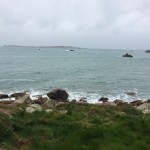 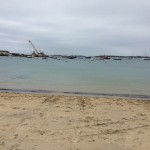 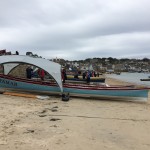 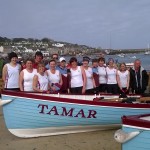 Well, we’re done! Fantastic rowing yesterday in really lumpy seas. Unfortunately the sun only put in an appearance fleetingly and we had some rain and a good bit of wind. But the conditions just added to the fun (unless you were in 1…!).

The day started with the ladies heat 3. The A crew held their place in group F, coming in third, but unfortunately the B crew were pipped at the post and ended up going back down into group K. The conditions had worsened by the time the men got out there, but both teams rowed really well and held their position in their groups G and K. It was a close call in all the men’s heats with lots of boats fighting for the line which made for some good battles.

As always, the weekend was over far too quickly with the final suddenly upon us. The ladies were up first and both crews had a great row in really challenging seas. The A team finished third in their heat, beating Cotehele A crew (yey!) and taking another boat on the line. The B crew held their own in group K and finished 10th with a really strong row.

The men also had a good row, with the A’s finishing second in group G and only missing out on a win by a narrow margin! The B team finished 6th in group K having had a really good row too.

Well done everyone! And to all those who haven’t been to Scilly before in particular – Sue, Denise, Amy, Lizzie, Jennie, Kev, Chris, and especially to Stuart for stepping in at the last minute and rowing for the men’s B! It was definitely challenging conditions for a first IOS!

Here’s to next year!

Great racing so far, although the weather has definitely put our skills to the test! The vets & supervets had a very lumpy row on Friday night with lots of wind and some rain to keep them on their toes. Both boats did brilliantly and had a great row despite the conditions – a good warm up for the rest of the weekend!

Despite rumours that the racing might be delayed, or even cancelled, we woke up this morning to a much calmer sea – much to our relief! And have had some good rows as a result. The long race from St Agnes to St Mary’s was still pretty challenging, but once we were in the lee of St Mary’s things got a lot better and we were able to get some power down and really row.

The weather closed in again for the second race with conditions on the start line a bit reminiscent of the Three Rivers Race! But the seas were calmer (unless you were in the bow…) and it was much more our water.

Currently the Ladies A are moving up from group G to F having won their heat by a good margin, the Ladies B are also moving up, from group K to group J having come a close second. The men’s A are in G, and the men’s B in K.

Fingers crossed for some sunshine tomorrow – and here’s to another great day on the water!

(No photos so far I’m afraid as the Internet is not letting me upload them. We have been taking lots though so they will be uploaded as soon as we are home.)

Well, we’ve arrived! The sun was shining yesterday so those lucky enough to be here then had a bit of Scilly in the sun which was lovely. The campsite is taking shape, and is an absolutely beautiful spot. We might miss the convenience of the Garrison, but St Agnes is beautiful!

The second contingent arrived this morning, having suffered a bit of a lumpy crossing, but in high spirits.

We’ve taken both boats out this morning to test the seas – pretty lumpy!! But great fun to be out despite it feeling a bit like a rollercoaster at times.

Looking forward to getting underway tonight with the vets and super vets races. The proceedings start with the coxes meeting at 4:30, ladies at 6:30 and men’s 8.00.