On Saturday 14th March, Tamar & Tavy Gig Club entered two ladies and two men’s teams into the Three Rivers Race hosted by Caradon Gig Club. The race was an hour long endurance race with a course that began under the Tamar Bridge. Crews then rowed up river into the mouth of the Tavy, back down to the mouth of the Lynher, and finished back under the bridge. The crews all rowed well, and it was brilliant to be back on the water. The ladies went first, with an A and a B team, the A crew, Julie Rendle, Claire Luxton, Katie Turner, Sarah Gall, Debbie Farmer and Mel Cotton were coxed by Ian King, and the B team, Jennie Smith, Helen Samson-Hill, Charity Philips, Susan Douglass, Amy Dubrovich and Denise Nixon, were coxed by Lynn Renton. Both boats had a great race, enjoying relatively good conditions, despite the cold wind. They both had some tussles with other boats, but both overtook boats, with the A team taking 3 in the run up to the line. The A team finished in 42nd place, and the B team in 55th out of 63 boats.
The men raced second, with the A team, Simon Luke, Kevin Cole, Chris Morton, Jake Rendle, Mark Turner and Roger Hine, coxed by Bill Stacey-Norris, and the B team, Ian King, John Overnels, John Rogers, Pete Keegan, Martin Painter and Peter Clarke, coxed by Chris Dill. Both teams had a great row, with the A team holding their own and passing boats to finish 30th out of the 67 boats competing, and the B team having a great race and finishing in 66th place.

A great day was had by all, with welcome sunshine for the first full club outing of the season. This race is traditionally seen as the start to the gig season, with teams now all looking forward to the world championships on the Isles of Scilly on the May Day weekend. 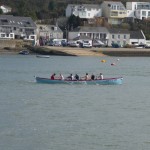 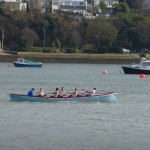 On Saturday 7th March, Tamar & Tavy Gig Club Ladies got the rowing season off to a good start competing in the Mini Scillies regatta hosted by Helford River Gig Club. They had a lovely sunny day despite the cold temperatures and enjoyed two races. These were both sprint races, similar to those raced at the World Pilot Gig Championships on the Isles of Scilly. The crew, Jennie Smith, Lizzie Maunder, Claire Luxton, Susan Douglass, Debbie Farmer and Denise Nixon were coxed by Lynn Renton. They rowed two strong races, and the second race was brilliant, with the ladies passing a good number of boats and fighting to the end to come 15th out of the 22 boats competing. This was the first ever race for 3 of the crew, and for their cox, and a fantastic effort was given by everyone. 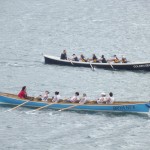 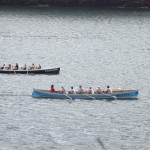 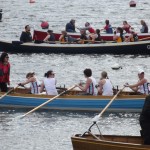 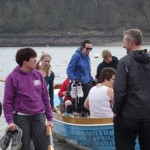 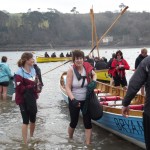 Please see the document below for the list of events and regattas we will be attending this year:

The Sailing Club are having a Barn Dance on Saturday at Bere Alston and have extended a warm welcome to any Gig Club members who would like to come, a great way to stretch out any muscles after the 3 Rivers Race! Full details below:

With our caller Martyn and live music from “Under the Moon”.

An evening of fun and frolics!! A good way to get to meet up before the sailing season begins.

Please let me know if you are coming. Cheese or meat pasty. Guests welcome.

Don’t forget your favourite tipple’, glasses and a pud or salad.

We will need a bit of help to clear up and with the pasties otherwise Henry might get out of the dancing!

The Hub Club is running a BBQ this Sunday, 8th March from 11am-1pm at the new site. Burgers and soup will be provided for a small donation to help cover costs. Please come along! It would be really good to see lots of Gig Club members there to have a look at the plans for our new facility.