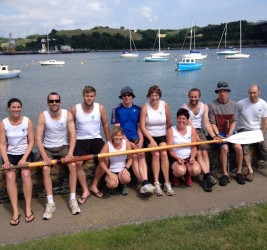 The weekend of the 21st & 22nd June proved to be a great weekend of racing for us. Our crews took to the river at Saltash for the Mixed and Vets championships hosted by Caradon Gig Club. The Mixed A & B teams competed on Saturday and the Men’s and Ladies Supervets A teams on Sunday. It couldn’t have been better conditions to be on the river (although it was a little warm!), and all teams rowed extremely well amid some fierce competition. The Mixed A had a tough first heat, coming in fourth and narrowly missing out on a place in the top half of the crews, but a fantastic row and a win in their second heat earned them a place in the plate final where they came third. The Mixed B team came third in their heat which meant they went on to row against crews in the top half of the field, where, despite a hard fight they were knocked out in the second heat. 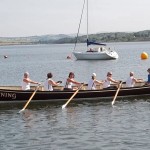 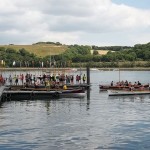 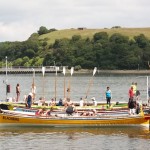 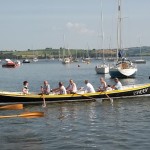 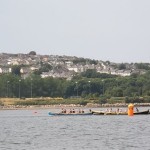 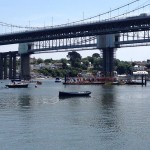 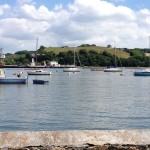 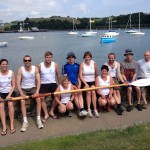 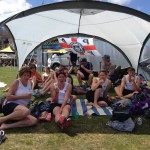 Sunday bought the turn of the Men’s and Ladies Supervet crews. Both battled hard in their first two heats, coming in the second half of the field, but some superb rowing earned them both places in the plate finals. The ladies had a fantastic start to their final, leading for a good portion of the race, before some difficult clashes with another boat left them in third place overall. The men’s crew also had a battle, with some very hard and determined rowing, but they were not quite able to make it past the crew from Salcombe, leaving them in fourth place.

Overall it was a fantastic weekend. Many thanks go to the supporters, rowers, coxes and those who rowed the boat down and back to Weir Quay. Congratulations everyone!