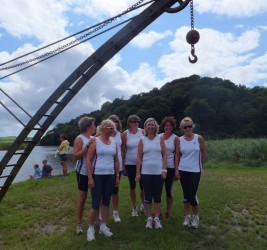 Tamar & Tavy Gig Club enjoyed a fantastic day of rowing at the Tamar Challenge on Sunday 18th July, entering a Ladies and a Men’s crew to race the 9 miles up the Tamar from the Tamar Bridge to Cotehele Quay. The challenge was hosted by Cotehele Quay Gig Club, and was very well organised and a great day out. Weather conditions were perfect, which was a welcome relief for the crews who enjoyed the calm waters and sunny weather.

The race handicaps meant that the T&T Ladies crew were the first to leave the start line amidst cheers from the waiting crews and spectators. The crew, formed of Lyn Renton, Carolyn Dawe, Katie Turner, Mel Cotton, Helen Samson-Hill and Julie Eastaugh had a storming first leg up to Weir Quay where they were finally overtaken by Rock Ladies vets who went on to win. They maintained their speed and with some strong rowing and fantastic coxing from Tricia Stewart held second place all the way up the river, only to be taken by Falmouth Men’s B and Caradon Men on the 2nd to last bend. This was a fantastic result for our Ladies who came 4th out of the 12 crews with a time of 1 hour 14 minutes. 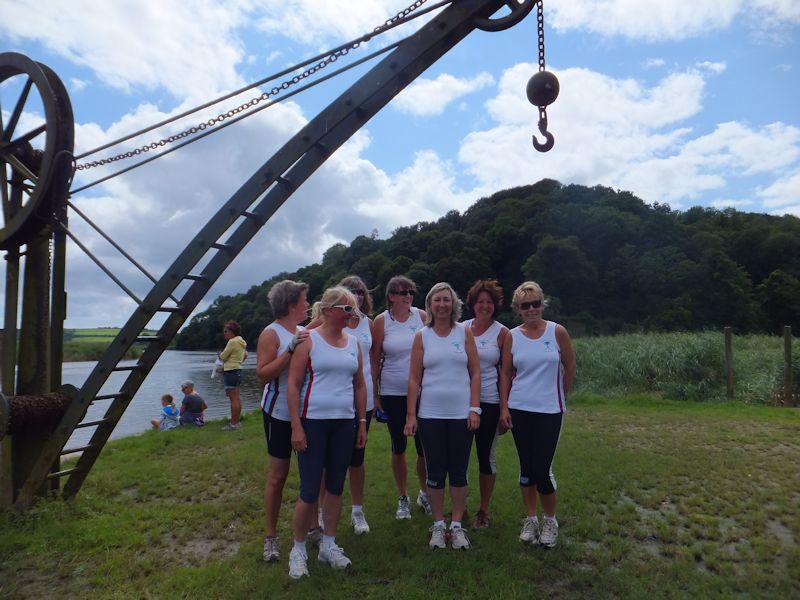 The T&T Men’s crew, formed of Martin Painter, James Roobottom, Rob Dawe, Dan Highscapes, Ian King, and John Rogers also had a great race. They enjoyed the good conditions, and some excellent rowing and great coxing from Chris Dill meant that they came home in 1hr 10mins. All rowed hard, and enjoyed the race. Supporter numbers were high which added to the atmosphere and gave the crews a much needed boost as they came into the final stages of the race. Many thanks go to Cotehele Quay Gig Club for organising a fantastic event and providing such a good day out.