The best under 14s rowing teams from the southwest met in Hayle on Sunday 25th August 2013 to fight for the crown of County Champion, and with over 28 teams attending it was a tough contest. Tamar & Tavy  Gig Club entered a new crew, formed of Earthen Lamerton, Will Gardener, Cameron Mc kie, Ben Luke, James Lewis and Elliot Overall who had been training together since May. On their first race they picked up a buoy lane marker which slowed them down and meant they dropped behind the other gigs. Fortunately they were allowed to re-run the race against the clock, and they set a blistering time that put them through to the next round. In all they rowed 4 races, taking them through to the semi-finals where they finished 7th overall, a really brilliant result! Coxswain Bill Stacey-Norris said “I’m very proud of what they have achieved, they show so much potential for next season”. 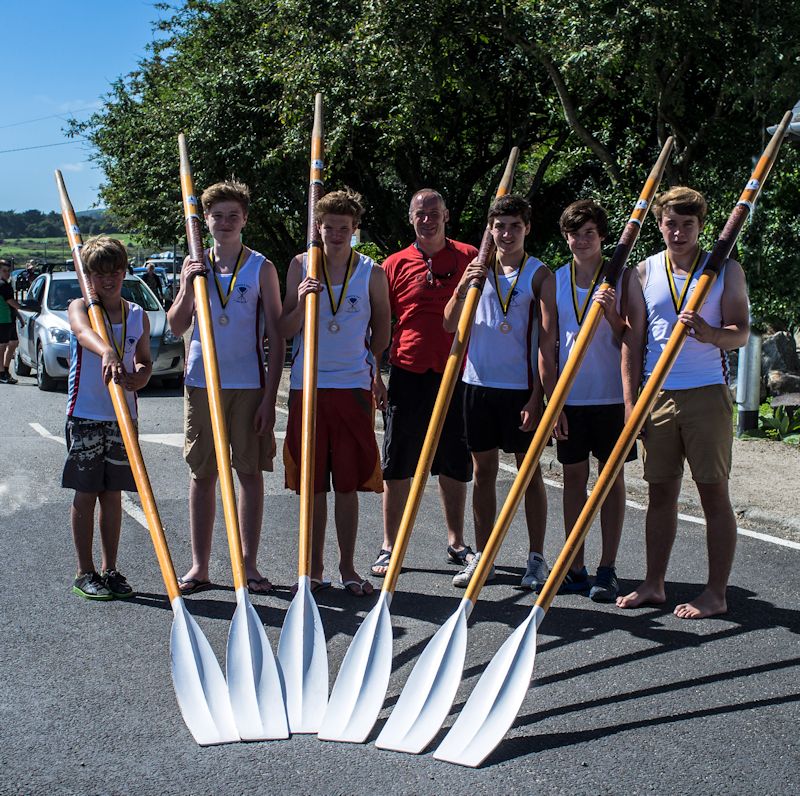